Last year, I saw José Valim give his keynote at the ElixirLive conference in Warsaw, where he talked about the motivation for his new Elixir libraries: GenStage and Flow. Even though I heard about those before, it was the keynote when I “got” what the libraries were good for and why they were neat - and I decided to play around with them.

When I came back to London I started working on a small project that would make use of GenStage and Flow - Crawlie the crawler. Since then the project took shape and allowed me to learn a bit about concurrent event processing pipelines in Elixir. As I’ll probably be ramping down the work around Crawlie now to focus on other things (I have my eye on Riak Core and architecting distributed apps in Elixir in general) I thought it might be a good idea to share what I have learned with others who want to try GenStage and Flow. 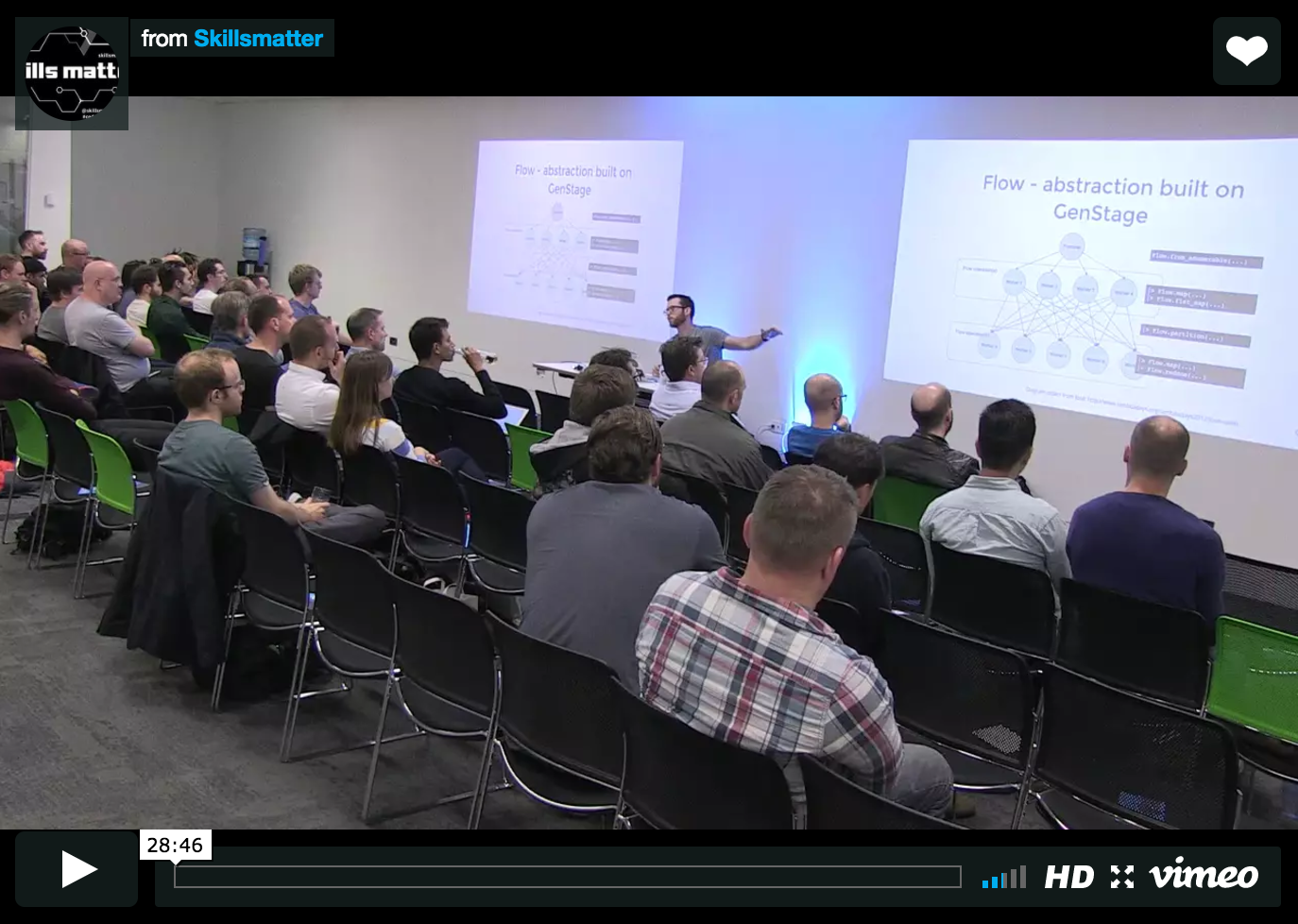 Here are the slides if you want to click along or copy the code:

Atom as an elixir IDE

I have since moved to Spacemacs for all my Linux/OSX work. Soon I will probably write an entry about customizing it to be a mostly amazing experience.

Earlier this year I joined Mainframe as a backend engineer. I didn’t do any real development in elixir before and I wanted to become productive with it ASAP. When it comes to elixir there were some good books to help me understand it better, but I also needed an editor or and IDE that would give me the necessary tools without getting in my way.

Here’s a list of criteria I had for my editor:

I’ve been a semi-active board game nerd for quite a while now and I find myself playing a wide variety of games, ranging from Jungle Speed to Battlestar Galactica and go. Board games are a huge universe to explore, but there’s been one game that me and my friends have been playing for years now and it’s still a crowd favourite. It can accommodate virtually any number of players, it’s cheap (all you need is some dice), simple to explain, and - last but not least, drunk-people-friendly. If you can still count, you can still play and even if the table is all covered in beer, the dice couldn’t care less.